Jennifer Rohn is a practicing scientist as well as a novelist, journalist, public speaker, science communicator and pundit.

Jenny coined the term 'lab lit' to describe realistic novels featuring scientists as central characters. She founded the popular website LabLit.com to help promote the use of science and scientist characters in mainstream fiction, and to illuminate the world of scientists and laboratory culture.

Jenny’s writing has appeared in many places, including The Guardian, The Telegraph, The Times, BBC News, Nature and The Scientist. She speaks frequently to live audiences, and appears on TV, radio, in podcasts and as an expert in science documentaries. She was also the founder of Science is Vital, a grassroots campaign to protect public funding of science in the UK.

In addition to writing novels, her short fiction has been published in Nature, The Human Genre Project, the Springer anthology Science Fiction by Scientists, and in the Lexington Books collection Lab Lit. She blogs about the scientific life at Mind The Gap and at White Coats at Dawn on the Cosmic Shambles Network.

Jenny received a BA in Biology from Oberlin College, Ohio, where she developed an interest in viruses and cancer. Her undergraduate honors research project was about something else entirely – the evolution of sex chromosomes in a local tree, the Osage Orange. But she enjoyed delving into this esoteric project, while still flexing her main interests during several internships at the National Cancer Institute in Bethesda, Maryland, where she worked on human papillomavirus and cervical cancer.

On graduating from Oberlin, she moved to the University of Washington in Seattle, where she completed a Ph.D. in the laboratory of Julie Overbaugh. Her thesis work examined the evolution of feline leukaemia virus during the course of infection in cats, in which she was able to correlate virus mutation with outcomes of lymphoma and immunodeficiency. (This cat virus would eventually take a starring role in her third novel – Cat Zero.)

Next, Jenny emigrated to England to take up a post-doctoral position at Cancer Research UK's London Research Institute – which one day would serve as the slightly disguised setting for her first novel Experimental Heart. There, she studied the role of the cancer gene c-Myc in cell survival and cell death in the lab of Gerard Evan. She then moved on to a small start-up biotechnology company in the Netherlands, where she directed a team developing new viral gene therapy and drug treatments for cancer – and soaked up inspiration for her second novel, The Honest Look. When the company eventually folded five years later, Jenny went into scientific publishing for four years, first as an assistant editor in open-access publishing, and then as a editorial manager overseeing five academic journals.

But the lure of research soon called her back to the lab. After a Wellcome Trust post-doctoral fellowship at University College London (UCL), where she studied the genetics of cell shape in cancer cells, Jenny returned to her original love of infectious diseases, melded this together with her many years of experience in cell biology, and joined the much-neglected field of urinary tract infection (UTI). Still at UCL, she now runs a research laboratory trying to understand how the microbes interact with bladder cells, and why treatment frequently fails in UTI, which is one of the most common infectios diseases in the world and yet is relatively understudied. She is also involved in undergraduate education, and she is much sought after as a public speaker for both student and adult audiences.

Born and raised in America, Jennifer Rohn became a citizen of the United Kingdom in 2011. She works in London and lives with her family in Gravesend, UK. 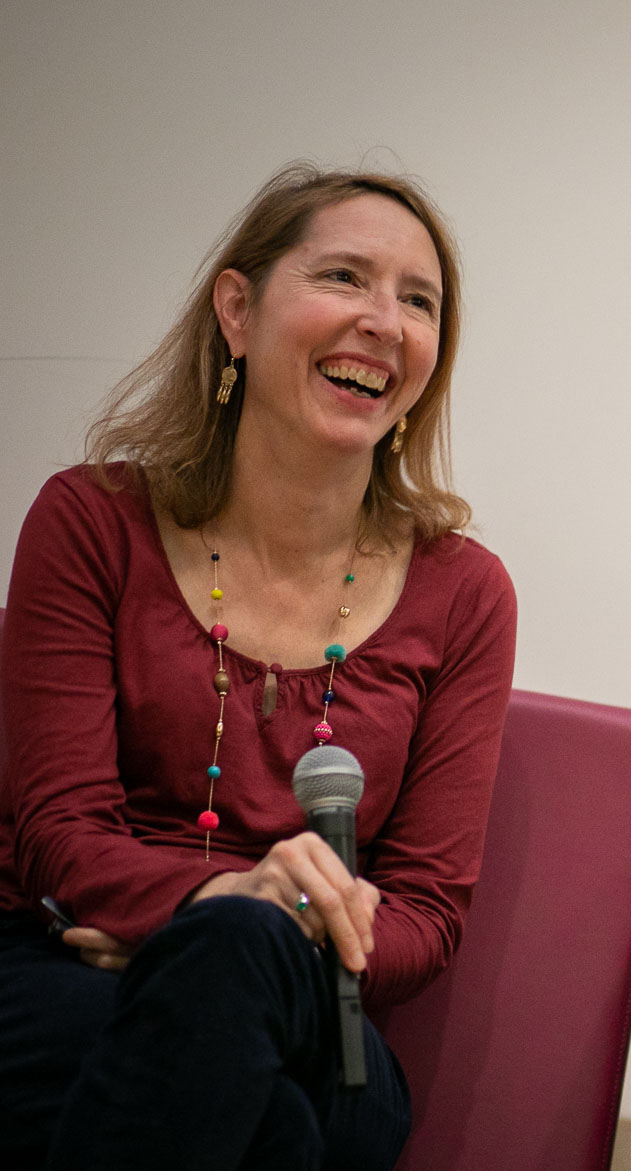