Scientist Artie Marshall is perpetually underfunded, relegated to a damp basement, and besieged on all sides by sexist colleagues. Added to that, she is immersed in a messy divorce. But she’s never been happier: she recently landed her own lab, based in an eclectic think-tank housed in the leafy suburbs of North London.

Artie spends her days studying an obscure cat virus that nobody else in the world seems to have heard of – or cares about. But her arcane little research problem suddenly becomes worryingly relevant as local cats start dropping dead overnight. Matters get worse when people start getting infected too.

Working with her right-hand man Mark, her vet friends and her street-smart technician, Artie races to get to the bottom of the ballooning epidemic. Unexpected assistance arrives in the form of two basement-dwelling mathematicians – a sociopathic recluse and his scary, otherworldly savant mentor. When their mathematical models suggest that the cat plague might actually be more sinister than it first appears, Artie gets drawn into a web of secrets and lies that threatens to blow apart her lab family, undermine her sanity – and endanger her own life.

"Cat Zero is that rare beast, a racy novel with a sound scientific background. Postdocs will love it. PhDs will gasp. And the general reader will enjoy a smart romantic thriller in which an intelligent, independent and, yes, beautiful, researcher confronts her demons while fighting to succeed in a male-dominated world. Will she find love along the way? Read it to find out – I did, and loved it!" – Simon Mawer, author of Man Booker Prize-shortlisted The Glass Room, and Trapeze, The Fall and Mendel's Dwarf

"A potent mix of science, thrills and romance… Fans of Michael Crichton will love it." – Mark Edwards, author of number-one bestsellers The Magpies and Because She Loves Me

"A mysterious outbreak of cat plague sends an intrepid virologist on a hunt to find the source of contagion in this gripping page-turner. Nobody writes about scientists quite like Jennifer Rohn, who captures not just the technical details of research, but also the complex humanity of the endeavor." – Jennifer Ouellette, Cocktail Physics

"Absolutely gripping. A fast-paced story that opens the lid on the secret world of the laboratory and shows us what scientists are really like - as human and fallible as the rest of us." – Pippa Goldschmidt, author of The Falling Sky and The Need for Better Regulation of Outer Space

"This book purrs. It does that thing that cats do, ‘playing’ with their toy, gently poking at it, softly lobbing it in the air, then, eventually, lunging. I’d recommend it for those who’d like the interplay of scientific lives, permeated with motives and mystery." – Grant Jacobs, Code For Life

"Cat Zero weaves together the complicated, sometimes archaic, social hierarchies of researchers with the thrill of a new scientific discovery. But you don’t have to know anything about science to follow along with the mysteries in this book: Why are cats falling ill in Kent? What’s going on with Artie’s strange colleagues down the hall? And will she hook up with her postdoc – or should she stay away? At the end of the book, we have some answers. But like real scientific discovery, the end is just the start of a whole new set of possibilities." – Eva Amsen, Easternblot.net

"Very human scientists go about their lives and work, seamlessly blending into a fascinating tapestry as they try to solve the scientific mystery of a disease plaguing a cat population, which spills over into the human population. I loved getting to know the main character, Artie, a female scientist who deals with all of the plusses and pitfalls of being a woman, a scientist and a woman-in-science. Her personality shines through in Jennifer Rohn’s work." – Joanne Manaster, Read Science

"[T]he final chapters are absolute emotional roller coasters. I could not put the book down. I had to know how it ended. But I am not telling. You will have to find out for yourself. I give it five purrs and two paws up." – Susan Johnston, Goodreads

"It's not often that I am so into a story that I can't put it down but that quickly happened with this story." – T.D. Crawls, Goodreads

"Jennifer Rohn creates suspense with ease. As the characters race to solve the problem at hand, I found myself loving the book more. Death, danger, and intrigue. All wrapped up into a great read." – Danielle Urban, Goodreads 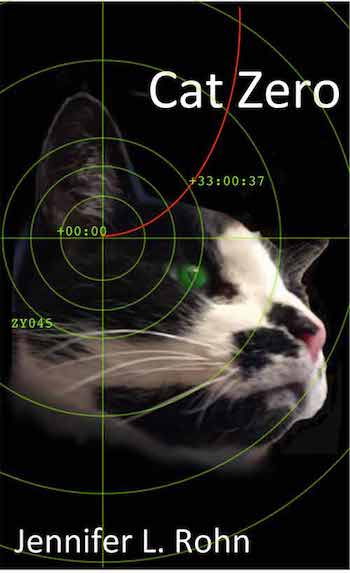