During his many long nights in the lab, scientist Andy O'Hara has plenty of time to wonder about the mysterious and beautiful Gina, first glimpsed in a lit window across the courtyard. He doesn't realize she is consumed by her vaccine research, concerned about her biotech company's financial problems, and about to become the prime target of animal rights activists. She is also distracted by a charming pharmaceutical mogul who offers funding for her work and a glamorous escape from her past mistakes.

When Andy finally meets Gina, his monotonous life starts to unravel. Soon he becomes embroiled in an increasingly complex web of deception as he scrambles to discover his rival's true intentions. When Gina abruptly disappears, Andy sets off to find her. But is it too late? Is there a more sinister reason behind Gina's involvement with the company? Is Gina's vaccine all it appears to be? And is Andy ready to acknowledge that there is more to life than work?

"At the heart of the story, which Rohn tells well…is a mystery that turns on a question of science…Along the way we witness the shifting, nomadic international fellowship of scientists, and especially of postdocs. Rohn aims to change the way in which the reading public thinks about scientists." — Nature

"Science as it is practiced today can be conceptualized as a mystery story, or a love story, or a thriller. In Experimental Heart Rohn has made a brilliant synthesis of these three modes, resulting in a page-turner with depths, exploring the hope and danger of both bio-medicine and lab romance. In short, a true novel. Scientists who gave up reading fiction about science because it's never right — check this out. Non-scientists wondering what goes on it in that weird culture — find out here. By the end you'll be reading as fast as you can." — Kim Stanley Robinson, Hugo- and Nebula-award winning author of Red Mars, Antarctica and Forty Signs of Rain

"A molecular biologist herself and the founder of the online magazine LabLit.com, Rohn has taken a world that is mysterious and often ignored and placed it front and center in a way that appeals to scientist and non-scientist alike. If the best writing comes from those who write what they know, Rohn has succeeded brilliantly. The science serves the story, not the other way around, and that, perhaps, is why Rohn's work is such an engaging read. In placing the universal struggle to untangle one's personal and professional lives in the setting of international intrigue involving pharmaceutical development, corporate greed, and biomedical ethics, Experimental Heart is that most unusual debut: a truly fresh voice." — The Virginia Quarterly Review

"Scientific publishers usually work diligently to avoid any allegation of publishing fiction. Cold Spring Harbor Laboratory Press, renowned for its prestigious scientific journals and books, smashes that mold with publication of its first novel…It's a thriller whose subject is romantic self-discovery, and its milieu is the complex world of basic and applied life science research. It's a good read, as Rohn makes her characters in the laboratory and the biotech communities come alive. I hope it's a harbinger of more 'lablit' to come…Rohn's skill in melding the scientific and literary worlds will give you a fresh perspective on life and work." — Cell

"The title, along with the synopsis, might suggest a Mills and Boon epic, but in reality this novel is intriguing throughout. A mixture of all the well-loved aspects of a research laboratory (including dry ice bombs and darkroom encounters) together with the intricacies of the male—female interpretation of chemistry and a smattering of intense thriller. A light read for scientists with the time, and inclination, to read something other than the latest paper from the Biochemical Journal, a fascinating insight for those non-scientists with an inquisitive mind who love dramas such as CSI; one to avoid for those just looking for a nice romance." — The Biochemist

"[Experimental Heart] realistically and humorously portrays the inner workings of a biology research lab, relations between the scientific community and the public, and the highs and lows of research life…Rohn spins a riveting thriller — replete with scientific discovery, fraud, falsified reagents, romantic darkroom encounters, threats, and even abduction — as Andy searches for personal and scientific fulfillment." — Science

"This is a good attempt to represent realistic science and scientists to the public in a highly readable and enjoyable form." — Proteomics

"Most science fiction is simply bad. Either the story is miserable or the scientific details aren't correct or both. But recently I discovered a book by Jennifer Rohn that, for me as a fan of mysteries and love stories, became a real page turner. There's a well-written, engaging plot and the science…is correct[.]" — Lab Times

"It is terrific…I was gripped from the first page to the last, which is unusual for me…[ the author has done] a brilliant job of weaving in so many aspects of science — experimental, social, and political — without making them intrusive." — Martin Raff, author of Molecular Biology of the Cell 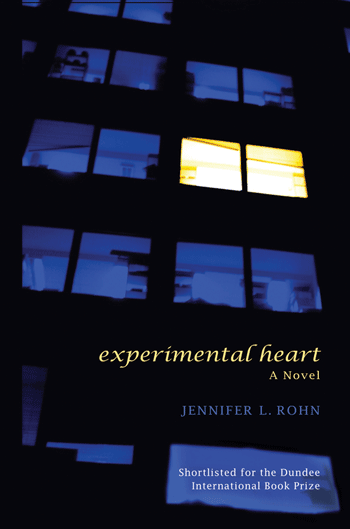 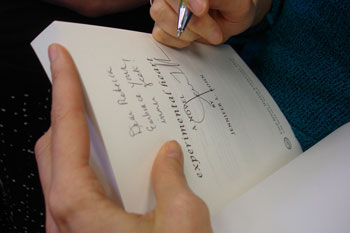